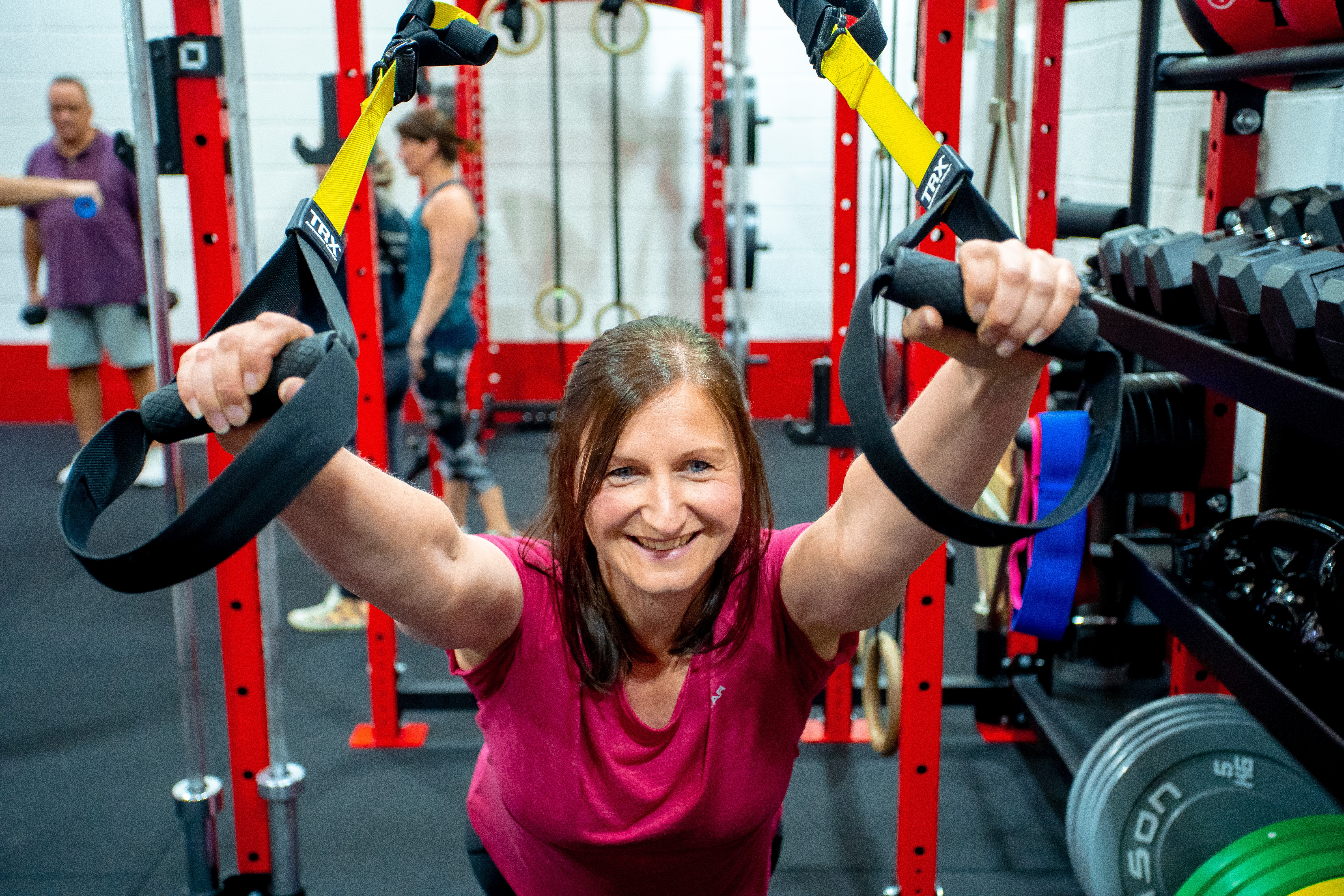 We all know the saying ’40 and fabulous’, right? Well in my head that’s how I wanted to be when I reached 40. However, the reality was far from this.

I was 40, overweight, lethargic and shying away from social occasions as it was easier to say ‘no’ than trying to find something that fit and made me feel good. I knew I needed to stop making excuses, and I knew the only person who could make changes was me. However, I did not have the motivation or knowledge to know where to start.

When an advert popped up on Facebook for a 30-day trial with Sean Armstrong Fitness, I nervously made the call to get the ball rolling. Had I known then what was in store for me, I wouldn’t have been nervous at all.

Speak to us about our 30 Day Trial.

My brief experiences with gyms in the past have left me with zero results. Despite jumping around like a crazy woman to loud music, and the classes were so busy, you were unable to see the instructor, nevermind hear them.

As soon as I walked into Sean Armstrong Fitness to start my 30-day trial, I knew it would be different, and after my very first session, I knew that I had found the style of exercise that suited me.

I also realised that it was more than just a gym- it was a community of like-minded people, all on their fitness journey. All were encouraged by not only Sean, Martin and Scott, but also by the other members. I had never witnessed such support anywhere else. It quickly became incredibly easy coming to every session. I saw results session to session. I was having so much fun due to the relaxed atmosphere and friendships I was forming.

When my 30-day trial came to an end, I was fitter, stronger, I’d lost weight and inches, and my body shape was starting to change. It should’ve been a no-brainer that I signed up as a fully-fledged member and continue the amazing work Sean had started with me. I, I made every excuse possible, kidding myself in the process. Instead, The voice inside my head was battling against my heart….” It’s too expensive”….”I’m far too busy to join as my job is so demanding”….”I will be missing out on so much time with my children”….”I’ve learnt so much, I’m sure I will be able to join a different gym and go it alone.” The truth is I was scared, scared of making the commitment and afraid of my own self-loathing when I thought I’d fail.

Needless to say after all the weight I had lost crept back on and I started to feel the same way as I had previously, I joined Sean Armstrong Fitness as a member, this time with such an innate desire to succeed and prove that I could do it-prove that I could do something for myself that would make me a better version of myself.

Speak to us about our 30 Day Trial.

Sean welcomed me back with open arms, and I have now been back at this incredible gym for approximately nine months. In that time, I have lost almost two stone, dropped two dress sizes, lost inches from my waist and above all else, I have gained new-found confidence.

Sean, Martin and Scott have helped me achieve things I never thought were possible. I have never been into dieting as I assumed what I was eating was healthy, and I blamed my weight gain on factors such as not eating enough and having the wrong type of metabolism. I have learnt so much from Sean about nutrition that I can make sensible food choices while still enjoying nights out at restaurants and a glass of bubbly (or two). Ultimately I have learnt the simple reason for my weight gain – I was eating too much and not exercising. Who would’ve thought!! Sean is always a phone call or an email away from answering any questions or offering any words of wisdom.

Related: Dolores is now fitter, leaner and stronger than she has ever been

I love the individualised training I receive from Sean, Martin and Scott and I love that I am encouraged to try things and push myself more than I think I’m capable of. Having three expert trainers allows me to utilise each of their strengths and adds variety to each session. My initial goal was to lose a bit of weight, tone up and be able to do a push-up. I have well and truly exceeded these goals and have even managed 15 push-ups thanks to Sean’s advice and patience.

Sean Armstrong Fitness has completely transformed my life, and I have made changes I know I will adhere to for the long-term. I may now be 41, but I certainly feel rather fabulous.

A Brand New Me

Michelle has lost two stone and has changed her life

Sorry – There’s been an error

It looks like there’s been an error processing your payment.

Thanks for your payment – You’ll be redirected shortly.